Skip to content
Arts and Entertainment Computers and Technology

The Rise of Video Game Streaming!

Streaming video games live has been growing exponentially through this past decade and it continues to grow!

Video games have been a part most peoples lives, but streaming video games has only been a hot topic since this recent decade. It all started with the idea of a “let’s play”. Originally, the video game content would just be tutorials and tips about how to beat certain bosses etc. However, content creators would then post videos of “let’s play” where they would record themselves simply playing the game, and sharing that experience with the viewers on platforms such as YouTube. As this more personal experience began to grow, a streaming website known as Twitch came in to the scene around 2011, and changed the way people watch video games. Viewers could then tune into Twitch and watch their favorite streamer play their favorite video game.

With the increase in technology, creative ideas, and marketing, video game developers have taken the gaming industry to the next level. There are numerous factors that have helped developers increase their revenue, and also have helped push people to tune into live streams such as microtransactions, online multiplayer, and the overall price of games.

As the industry has been growing, the developers have also created clever ways of making more money. Microtransactions are in-game purchases that either give you an advantage, or simply give you extra cosmetics that give no advantage in the game. For example, my favorite game at the moment, Fortnite, is a free to play game, across all platforms from PC to mobile, that offers in-game characters that offer no advantage for the player, but gives the user the opportunity to buy the character they want to use. As this is the biggest game at the moment, streamers that make money often buy the newest and coolest characters that draw in an audience that could not buy the character themselves. Overall, these micro transactions increase the money developers make, thus boosting the industry, as well as driving more people to streaming websites to see streamers buy these cool additions.

Offline mode has been the staple of video games where the player can play solo with no need for the internet. However, with the increase in technology and Wi-Fi, online multiplayer mode has become extremely popular as players can log on and play with friends and other random people across the world. Playing online with friends and others, encourages those microtransactions as people want to get an advantage, or have a cooler cosmetic than everyone else. In addition, this allows streamers to actually play with their viewers and give them an even more personal experience, thus increasing the streaming industry. On top of streamers playing with viewers, streamers, who tend to be very good at whatever game they are playing, take part and stream online multiplayer tournaments where money is on the line. This aspect draws a lot of viewers to the streamers channel.

The Price of Video Games

Currently, with the increase in technology and as games continue to evolve, the price of games have increased as well. Moreover, DLC, or downloadable content, usually comes with an extra charge. That being said, many gamers do not have this type of budget. As a result, if these gamers do not have the money, they resort to watching streamers play the video game, giving yet another reason why the video game streaming industry is currently booming.

There are plenty of big name streamers out there but I would like to highlight a couple of the biggest at the moment.

Richard Tyler Blevins, also known as Ninja, is arguably the biggest streamer to ever do it. Ninja started streaming in 2011 playing games such as H1Z1, PUBG, and eventually Fortnite. Ninja quickly rose to the top of streaming because of his wild, goofy personality, colorful hair, and his amazing talent for video games. March of 2018, while streaming on Twitch, Ninja played Fortnite with hit pop artist, Drake. His streamer had an astounding 635,000 concurrent viewers watching while he played Fortnite with one of the biggest music artists in the world. No other streamer has reached these numbers. In addition, Ninja also had a whopping 13 million followers on Twitch, and 23 million followers on YouTube. However, Ninja then made a record deal to switch platforms from Twitch, over to Microsoft’s platform, Mixer, where he has about 3 million followers. Ninja has been the figurehead of streaming and has really brought the video game industry into the mainstream with sponsors like Adidas and Red Bull.

Turner Tenney, or Tfue as he is commonly known, is also one of the biggest streamers to ever do it as well. Tfue has been the only streamer to come close to Ninja’s numbers, and has grown quickly due to his insane talent for video games. Tfue has an older audience with nearly 8 million followers on Twitch and 11.6 million followers on YouTube. With Ninja’s departure from Twitch, Tfue quickly became the biggest streamer on the platform. Tfue has also been a great influence on the video game industry with his massive following as well.

The Future of Streaming Video Games

The future of the video game industry is very bright as it is expected to reach $300 billion by 2025. Streaming is now capable on many platform such as Twitch, Mixer, YouTube, and Facebook. In addition to Ninja’s big deal with Mixer, another big streamer named Shroud, known for his unreal accuracy in first-person shooters, also got a huge deal from Mixer to leave Twitch. Mixer has made statements that they are willing to make more big deals to get others to their platform as Microsoft is willing to spend a lot of money in this industry. As Twitch is the biggest platform at the moment, the fact that there are numerous platforms like Mixer willing to spend millions of dollars to grow their streaming platform, exemplifies that the industry is growing and more and more people are investing in video games.

6 Tips to Keep Busy During a Quarantine

What happens when you are in the house, and cannot go out? No public places are open? Home is the only place you can be?

Arts and Entertainment Computers and Technology

Will the Shadowlands Changes Return Retail WoW to its Former Glory?

So What Can We Actually Expect From the Shadowlands Changes? Short answer: Quite a bit. In a recent interview with Game

Arts and Entertainment Hobbies and Crafts 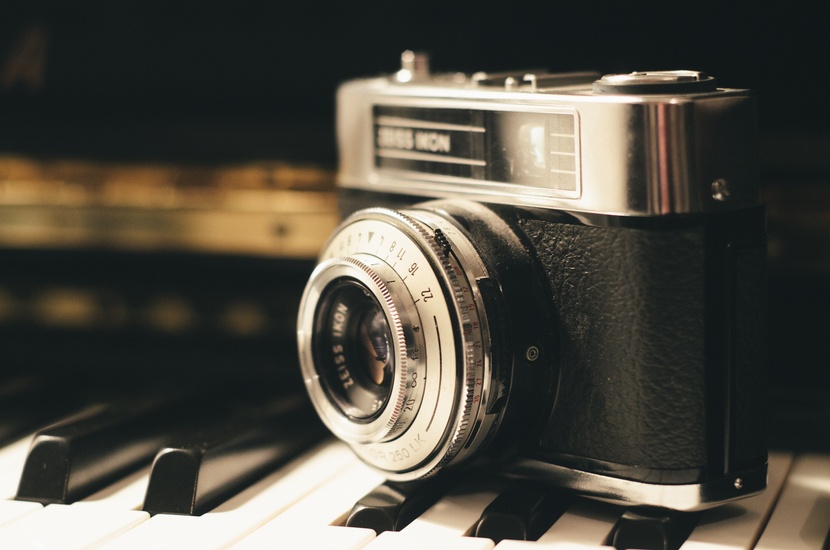 Shoot in Manual ModeBe CreativeConstantly Take PhotosGo out and shoot! “To me, photography is an art of observation. It’s